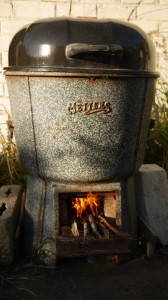 And the firing up of our ‘Rocket Stove Pizza Oven’. Just an experiment so far; stay tuned.

Our rocket stove / pizza oven combo has taken a while – over 3 years of just sitting there.  It’s an old washing ‘copper boiler’, the thing your great grandmother might have used, and vowed to never again when washing machines were invented.   The copper refers of course to the watertight copper liner (absent here); this is just the ‘stand’ – enameled cast iron and bloody heavy.

The first (test) iteration back in 2014 was just some bricks inside, forming the ‘rocket’ shape; it worked just enough to know that if done properly, it would be awesome.

But now (2018), with a surge of energy and good bit of help, it was finally fitted out in proper style.

Step one (starting late 2017) was to make a base and fill under the unit with concrete; leaving only a small air gap under the central grill – originally it had 3 large openings at the base which would have let in too much air. 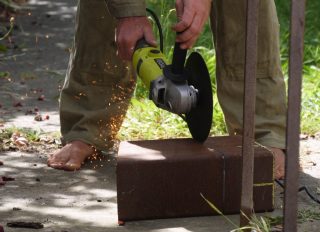 When it came time to weld up the internal steel chamber, my old kitesurf buddy and ‘build-anything character’ Dave was happy to barter his time for some produce and a promise of our best honey at harvest.  Welding is not a skill I have decided to learn – so thanks Dave! 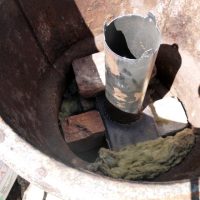 There’s not a stack of photos that details all the parts / construction stages, but I’ve put up a few so you can get the idea.   All effort has been put into make it functional as a stove-top / grill (with interchangeable grills / elements); but put the lid on, and it does function as an oven; could even cook pizzas with the temp getting over 250 degrees.

The next stage of the project will entail making a proper insulated ‘pizza oven’ lid and door.  However this might need to wait another 3 years!  …hopefully not.

So far, cooked up a good BBQ, a few pizzas and used it as the heat-source for a Fowlers bottle sterilizer; and all with just a tiny amount of wood, which is the whole point of the rocket stove 🙂

Here’s a few shots of it in action.  Click to see the larger size. 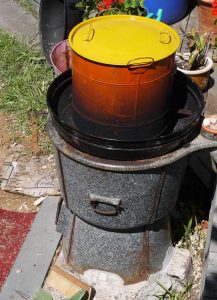 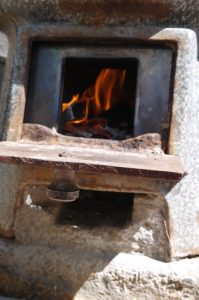 Main inlet – and air gap underneath; both can be closed off. 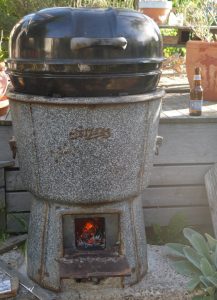 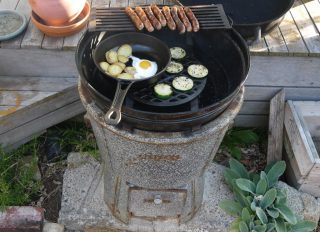 Cooked a whole BBQ in 15mins. 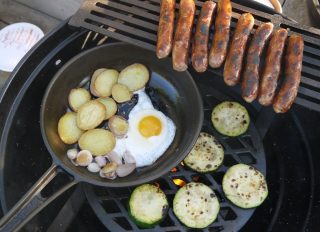 Good cast iron pan and grill to spread the heat 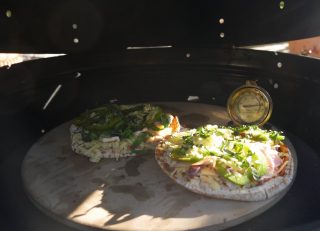