ALL types of ‘alternative’ approaches in living sustainably have their critics, none more so than Permaculture.  Perhaps people struggle accepting the ethics, or maybe they take the ethics to heart and hit a wall financially, or with their time / motivation.  For the effort required to transform ones life and make it work is substantial.

Let’s start with the big one!

This statement kind-of seems self evident… But there’s something important you need to grasp.  If everyone decided to live a Permaculture Lifestyle, guess what would happen? 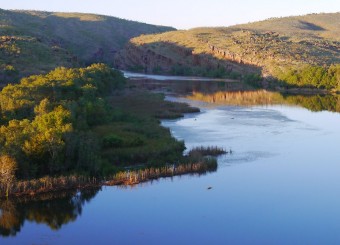 The Earth would start to heal itself!  Forests would regrow, rivers would run clean, pollution and climate change would become a non-event (or at least not catastrophic).  Consumption of oil and other non-renewable resources would be so low that there would be enough to last several hundred years.

But…
You’d lose your job.
In fact, just about everybody would lose their jobs.

The economy (and financial system), would cease to function.  You see, the entire economic system of Western societies is built around consumption and growth*.

Obviously this is just a thought exercise, but the point is – we can’t all live like that AND keep a functioning (yet destructive) economy going.  Indeed, there’s a good case put forward by David Holmgren that if enough people reject participation in the financial system, it could bring about it’s early demise… Let’s not discuss the likelihood of that here!

However, every thinker knows that the current system is unsustainable in the long term – it’s just a matter of when.  So you can just hang around and take your chances, but it’s like a really big game of musical chairs: As long as the music keeps going, everything’s fine.  But once the music stops, there’s a mad rush for the chairs – and not everyone gets one.

So in other words: “Collapse now, and avoid the rush” (this quote is from John M Greer; but the linked blog is now removed).

* There’s a great article by the Permaculture Research Institute of Australia which details the process which I have paraphrased above, and it’s well worth a read: The-flaw-of-western-economies

The basis of this common misconception is the current scale of permaculture and organics – it’s tiny compared to the massive industrial method of farming which currently dominates supermarkets shelves and everywhere else.  If we simply took away the industrial system, then we’d have a problem – no doubt.

But let’s look at the reverse statement: “Unsustainable agriculture CAN feed the world”.  Does this statement actually make sense?  By it’s very definition, it does not.

Industrial scale farming, which results in cheap prices at the supermarket, relies entirely on cheap fossil fuels, fertilizers, economies of scale (often via international markets) and of course huge quantities of water.

At the same time, conventional agriculture depletes soils, and produces wastes (eg contaminated water and carbon emissions) where the cost of that waste is not factored into the products – they are borne by communities and the environment. 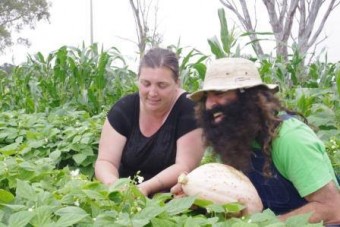 Permaculture and organic farming methods can indeed feed a global population – certainly it would involve a lot more small farms, and a lot more people involved in growing food in their own bio-region.

According to a report from the Food and Agricultural Organizations (FAO) of the United Nations:

Organic agriculture has the potential to secure a global food supply, just as conventional agriculture is today, but with reduced environmental impact.

No doubt this is big topic, which can’t be adequately dealt with here, but with the staggering food wastage of Western nations, combined with degrading farmland, increasing costs and failing eco-systems, there must be a better way. 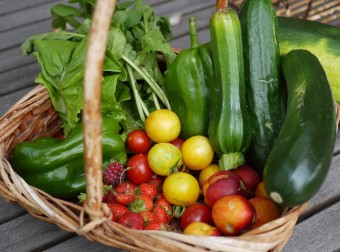 A good days harvest… Can this be scaled up to provide a partial income?

One thing I have struggled with, is how cheap food really is, considering the effort that goes into producing it.  You might think small scale organic foods are really expensive, but try doing it yourself!  What’s really happening, is that the industrial system is so ‘cheap’ that it is very difficult to compete against.  It’s still almost universally easier to have a job and buy your food, than it is to grow and sell your food to generate an income.

However, permaculture accepts that not all jobs are equally sustainable in an unsustainable system, and the more people involved in growing food locally, the more resilient, happy and healthy a community can be.

Permaculture fits very well with small farms, where existing infrastructure can easily be co-opted into a very profitable permaculture system, with low inputs, high yield, and land & soil improvement that needs to be seen to be believed.  If well managed, these systems usually become more productive (with more income) each year.

You can see some great examples of successful permaculture farms at the Permaculture Apprentice.

Yet permaculture is also a way of life: The purists may live on a smallholding, grow their own food and barter or sell the rest for items they do not produce.  These people will live wonderful, ‘rich’ lives surrounded by nature and abundance.  There’s also a lot more people doing this than we think – they don’t tend to advertise themselves,  they just do it.

Others create a successful permaculture system, and run courses, tours and workshops for extra income – which is great, spreading the word is very important – and most of these people still walk the talk.

But for us urban folk?  Most of us haven’t yet jumped in at the deep end, and still have one foot firmly embedded in the ‘mainstream’ system (in our case where one partner still earns an income) while the other foot dabbles in an alternative system.  The question that I am trying to answer for ourselves, is what would be required of our permaculture system, if we were to rely on it as our primary source of income?

To confront this question, means confronting our lifestyle – as permaculture won’t pay for it all.  Let’s face it – some aspects of our western lifestyles are very hard to give up.   The car, the going out for dinner, the digital entertainment, the weekend trips to the Grampians and let’s not forget the coffee!   Although maybe we could sell enough produce to barter for a bag of organic, Australian grown coffee beans.  Yes, I’m sure this could be done.  But I’m not joining a queue – no doubt we could live without all manner of conveniences if we had to.

However people need to eat, and permaculture is a design system that relies on a functioning community to thrive – not a functioning economy.  So the perception that permaculture ‘fails’ by not generating enough easy income to support our way of life, is obviously misguided.  If ones circumstance requires the system to ‘yield’ a financial income, then that needs to be part of the permaculture design.

Permaculture is a design science. If growing food and selling it at a farmers market is not an effective use of energy, design a different system. The people who are currently successful in this area often have. I believe we may sometimes mistake people’s inappropriate solutions for “Permaculture failing”.  “The Permaculture Fail” 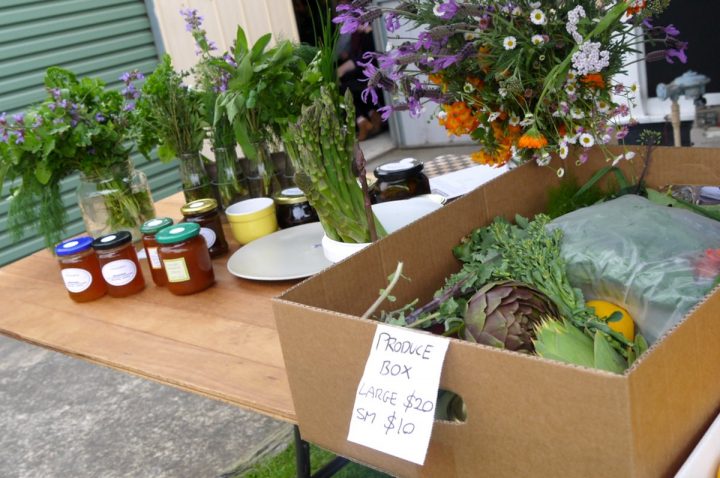 Our produce for sale at a very small market.